The situation in Germany

Since March 23rd, an ordered shutdown and social contact restrictions have been in effect in Germany, which has impacted society and most economic activity. Almost one month later, on Apr 20th, Germany has started to ease step-by-step the restrictions as data shows a significant slowdown on new Covid-19 infections. Businesses in all sectors are going to recover.

But why so fast?

1. Dealing with the Covid-19 spread

Coronavirus was identified early as a potential threat to the population and economy. Early developments in Italy, Austria and Spain demonstrated the rapid spread and danger of the virus. The German Government – learning from the experience of other European countries — quickly implemented firm measures to respond to the Covid-19 outbreak.

The German population was well informed and supported all the measures taken by the Government. They have followed the new rules and accepted the new way of living during the crisis, which was mainly to stay at home and to avoid any social contact outside the household.

Furthermore, the capacity for infection tests has been rapidly ramped up in order to reduce the risk of exponential spread of the virus as much as possible. Health service authorities have additional capacities to be able to track infection chains better and faster. And in just two weeks, the capacity of intensive care beds in hospitals have been increased to 45,000, more than 3/4 of them with ventilators.

2. Massive support for the economy

The German Government very quickly formulated a stimulus package that acted as a protection umbrella for the entire economy. The total amount of this stimulus package is more than € 819 bn and credit schemes are even unlimited. The package consists mainly of 4 pillars:

And why are car repairers doing so relatively well? 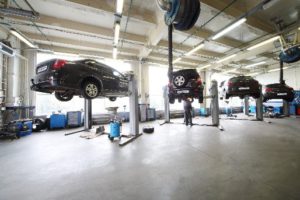 First of all, it has to said that garages and workshops are considered to be key businesses in Germany. Whilst most other businesses had been instructed by the Government to close from March 23rd, workshops could stay open for any kind of services.

GiPA with its COVID-19 barometer measured the situation on a workshop level on a bi-weekly level. Every two weeks, the same 350 workshops were asked about their business activity:

Workshops perceived the measures taken by the government as very useful for their company. As a consequence, the confidence to survive the crisis was — and still is- quite high among most repairers.

What about the future 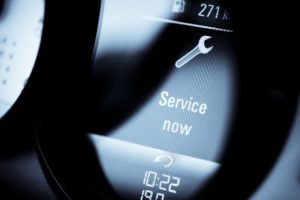 Perspective of the aftermarket business in Italy

What are the prospects for the after-sales in France?