With approximately 7.9 million used passenger cars sold in 2019, the UK has the highest used car volume of all the EU5 countries (France, Germany, Italy, Spain, and the United Kingdom). In proportion of the passenger car parc size, this means as much as 24% of the existing passenger cars on the UK roads change hands every year. In Germany, which has the biggest car parc of Europe with 47.7 million cars, the proportion is 15%.

Despite being first out of the EU5, the UK used car market has decreased slightly by 4% since its peak of 8.2 million cars in 2016. In the same period new car sales have shrank by 13%, highlighting further the robustness of the used car market to meet the demand.

In the first half of 2020, the unprecedented impact of Covid-19 has swept the rug out from underneath the floor of all franchised dealers, with lockdowns and quarantines preventing or at least restraining the sale of all cars (new and used) for all EU5 countries. So far, of the two, used car sales have been less impacted on the first half of the year period with a -29% decrease year on year compared to a -49% for new cars sales. 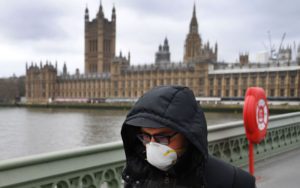 What can explain the UK used cars volume?

The used car market in the UK is particularly strong due to the car financing framework. The investment required to purchase a new car means that many drivers opt for some sort of finance to afford driving newer/ higher end vehicles. For this reason, cars tend to be sold used for the first time quite at a young age, when the finance plan matures (generally between 2 and 3 years old). 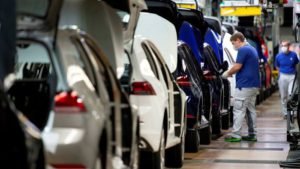 PCP (personal contract purchase) is the most popular option in the UK for financing new cars acquisition, it is also an attractive option. In a nutshell, drivers that purchased a car using PCP financing are essentially covering the depreciation (see green in figure below) of the vehicle during the period of usage, after having paid a deposit (see orange in figure below). They have an option to purchase the car or return/ exchange it, however if they wish to keep the car, they must pay a “balloon payment” (see blue part of the figure below) at the end of the term.  Most drivers generally cannot afford the balloon payment, and this is the reason why they opted for PCP in the first place. So, most drivers return the car to the place of purchase: franchised dealer.

In 2016, the UK saw a record number of new cars sold for the first time (2.7 million), some of which bought thanks to PCP. Since then, PCP finance has matured, and most drivers have returned their cars, creating a large stock of young cars that were brand new just over 3 years ago and that are now being driven by their second (or even more) owners.

New car sales in the first half of 2020 have been badly hit with the obligation to close showrooms during the lockdown. The market fell by 48.5% compared to the same period in 2019. This has impacted the immediate revenue franchised dealers receive from sales but also mid-term aftermarket revenue. A used cars aftermarket initiative can be a solace for franchised dealers looking to compensate for the difficulties that lay ahead.

What does this mean for the aftermarket?

Despite having the youngest car parc of all EU5 countries, UK drivers have limited loyalty towards car manufacturers for aftermarket services. One key reason for this is the fact that cars bought new changed hands so early in their “life”. These cars are being re-sold for the first time to a new driver that has often no prior relationship with the franchised dealer, and unlikely to form one unless being offered added value from dealers. As it is, franchised dealers may potentially miss out on higher value workshop entries, as more operations will need to be carried out as the car ages, leaving the opportunities for independent aftermarket players.

The key impact on the aftermarket comes from this change in driver profiles when the car changes hands. If we take the example of PCP financing, the driver that first purchased the car will be very likely to use car manufacturer repair networks to maintain the value of their car (a key element of PCP). On the other hand, drivers that purchase young used cars do not have the pressure to maintain the car value at its highest level once they buy their car. For many drivers, their contact with franchised dealers is limited to buying the car, opting for other channels to meet their aftermarket needs.

Franchised dealers have the opportunity to enhance their relationship with this client base. Not only to sell them a used car but also to offer them aftermarket services. To do so, a strong, adapted and competitive offer is needed, as well as clear messaging on the benefits of remaining in the car manufacturer network, so they can begin to improve their client retention rate, which is the lowest of the EU5 despite having the youngest parc.

Why being attractive to used cars drivers is important as a workshop?

The need for repairers to focus on used car clients is an even more important prospect given the current 2020 climate. The performance of new car sales has been falling in recent years and plummeted in 2020 due to Covid-19. This will create a deficit in maintenance work and other aftermarket activity for new cars at dealers’ workshops in the coming years ,hence the importance to enlarge aftermarket customer base.

Focusing on boosting the aftermarket client portfolio with used cars is very important to all repairers in the UK, as the car parc is aging in the UK, which increases the value of workshop entries. 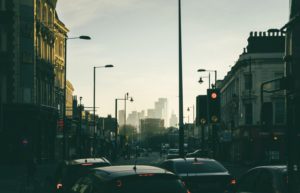 It can be said that Covid-19 has triggered at least a “pause” in the attitude towards mobility options and public transport (trains, buses, taxis, scooters…) due to the health risks associated with public travel. In GiPA’s UK Covid-19 barometer report, we can see that 9 in 10 drivers feel safer in their personal car. This makes travelling by motor vehicle much more appealing compared to alternatives and has a direct impact on demand for used cars. The impact on this is the short term continued strength in demand for used cars in the UK, which can have inflationary price effects on the market.

Despite the appetite for sustainable mobility being reduced for the short term, the taxes imposed on drivers – particularly in urban areas in the UK (ULEZ) – mean there is a strong demand for all young cars, as city drivers search for ways to travel without being sanctioned due to emissions. Those drivers may be in luck, as young used car availability may be increasing due to high registrations in recent years. 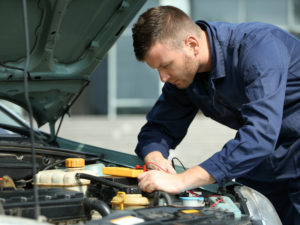 Franchised dealers have some hope, as the proliferation of “new” used cars mean that the cars are increasingly sophisticated and technological, which make repairers with sophisticated equipment or specialty in dealing with new/ high end cars appropriate aftermarket options. Franchised dealers have the training and tools required, which provides them a great opportunity.

This is especially the case when we consider hybrid/ electric vehicles, where drivers have less choices for repair channels, providing a better chance for the more equipped franchised dealers to retain more aftermarket share.

In the post epidemic era, does the situation of shared mobility create more opportunities or challenges in the Chinese market?